What Is Alopecia Areata? 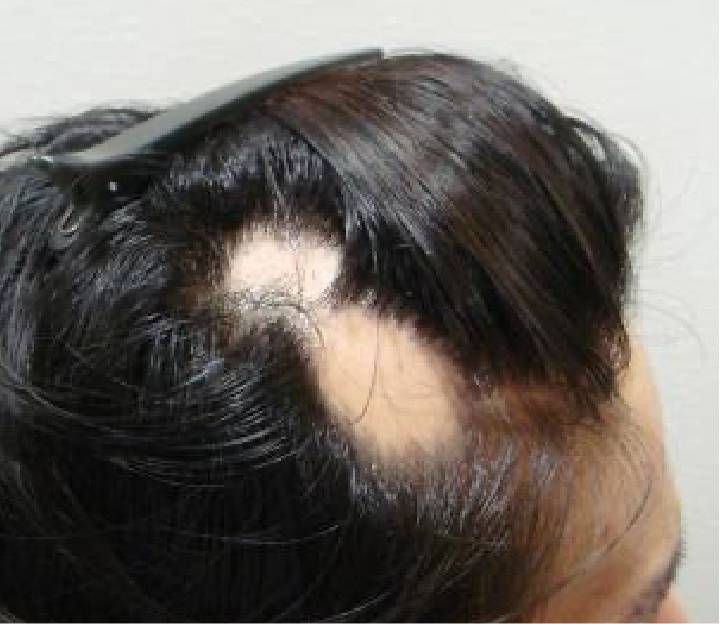 Sudden hair loss may occur on the scalp, and in some cases the eyebrows, eyelashes, and face, as well as other parts of the body.

The condition can result in total hair loss, called alopecia universalis, and it can prevent hair from growing back.
When hair does grow back, it’s possible for the hair to fall out again.
The extent of hair loss and regrowth varies from person to person.

Alopecia areata is most common in its main form, but there are other, more rare types 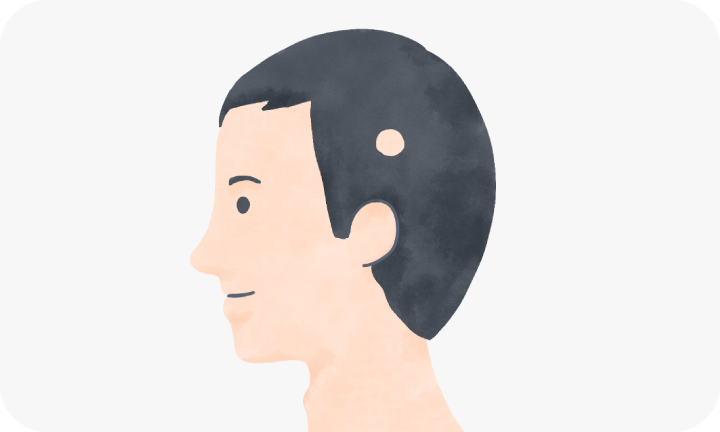 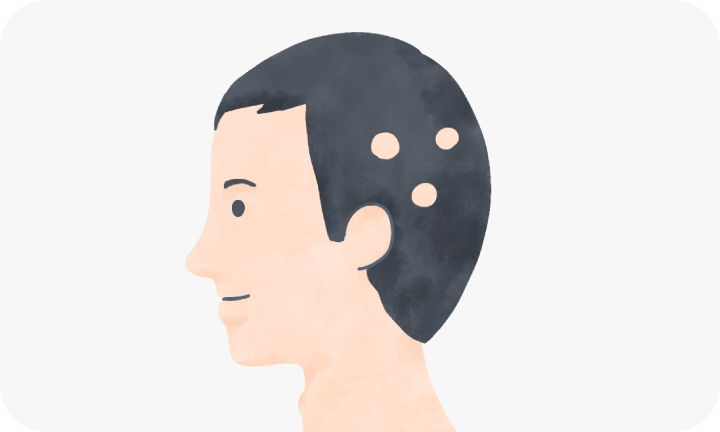 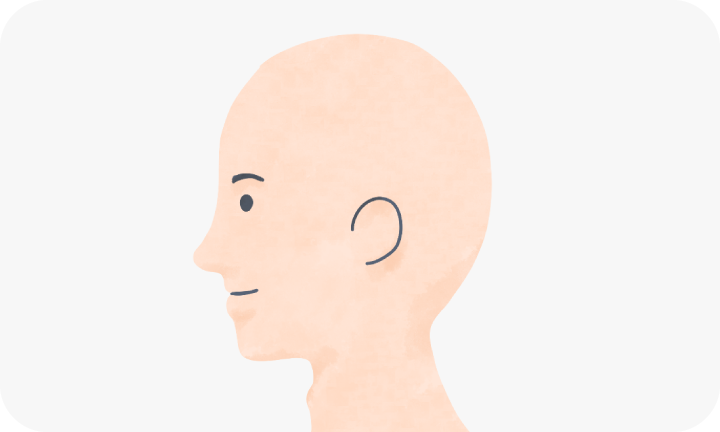 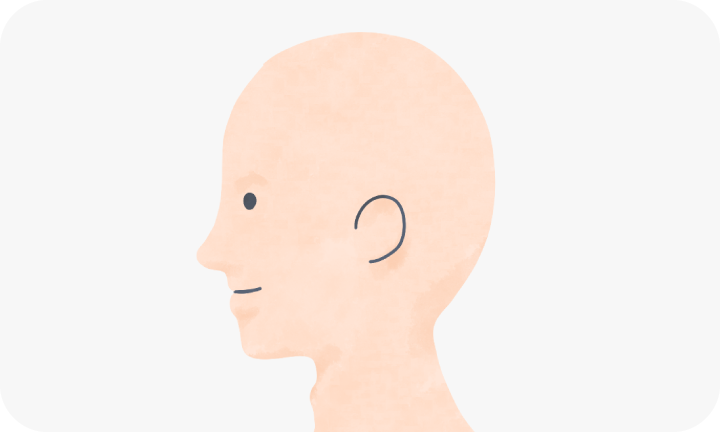 In addition to losing hair on the scalp, people with this type of alopecia areata also lose all hair on the face — eyebrows and eyelashes. It’s also possible to lose other body hair, including chest, back, and pubic hair

There’s currently no cure for alopecia areata.
However, there are treatments that may help hair grow back more quickly and that can prevent future hair loss, as well as unique ways to cover up the hair loss.
Resources are also available to help people cope with stress related to hair loss.

We usually use anti-allergy pills called Cepharanthin and external medicine called Antebate lotion in if the symptoms are mild. In severe cases, doctor will prescribe medicine of steroid called Prednisolone 1mg or 5mg. ※Steroids are given in the case of rapid progression and are highly effective, but long-term use can cause side effects such as diabetes. It should be taken only for a few months. In addition, it cannot be taken in children because it impairs growth.

For mild symptoms, apply steroid lotion to the affected area.

It is a treatment for advanced symptoms, but it is painful and may have the side effect of growing hair only on the injected area and denting that area.

The drug reagent called “SADBE” or “DPCP” is applied to the hair loss area, and the lymphocytes that cause the rash and attack the hair root will be concentrated on the hair loss area after application.
For a rush is caused on the place where the “SADBE” or “DPCP” was applied artificially, Lymphocytes attacking hair roots focus on the cure of rush, attacks on hair roots is suppressed.
If effective this treatment, hair growth can be seen in a few months about 2 to 3 month and it is currently one of the most effective treatment methods.
In addition, this treatment method is highly evaluated worldwide, and is recommended as a grade B in the Japanese Society of Dermatology Guidelines for Alopecia areata along with local steroid injections.
The effective rate is as high as 60-90%, there is no risk of cancer.
Side effects include itching, local redness, swelling, depigmentation, urticaria, and atopic exacerbation, but if it is severely inflamed, symptoms such as body redness, itching, and swelling may occur.

Lymphocytes, which are supposed to protect themselves, misunderstand themselves as the target of attack and attack the hair roots, resulting in alopecia areata. 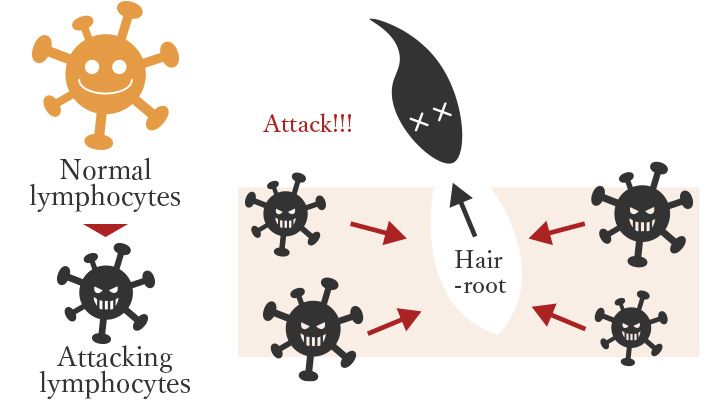 Immune system that protects the body from illness and wounds. A type of cell that protects itself from viruses, and protect body.

The doctor will adjust the concentration and apply DPCP or SADBE to the area causing alopecia areata. 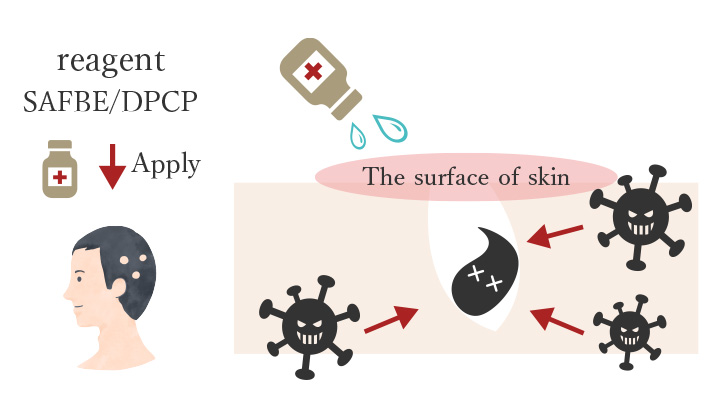 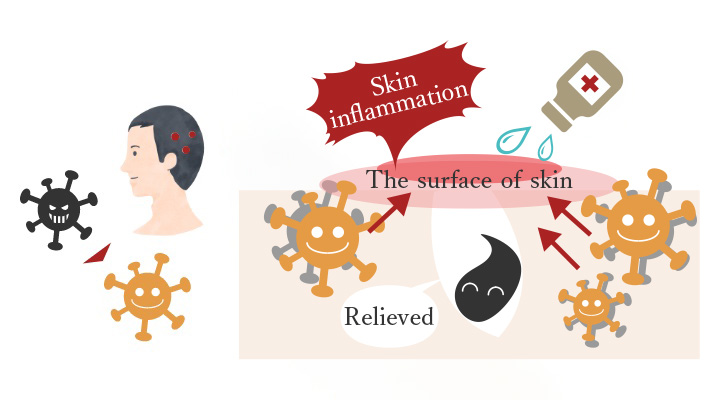 Attacking Lymphocytes return to normal lymphocytes because of forgetting to attack the hair roots and begin to work to reduce skin inflammation. 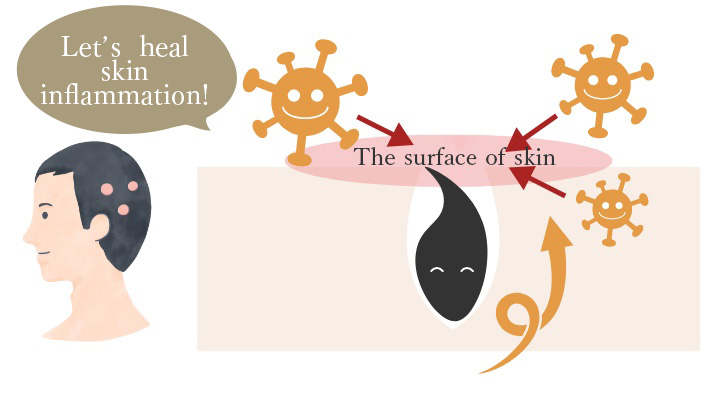 lymphocytes are concentrated in the treatment of the skin, they do not attack the hair roots and the hair grows smoothly. 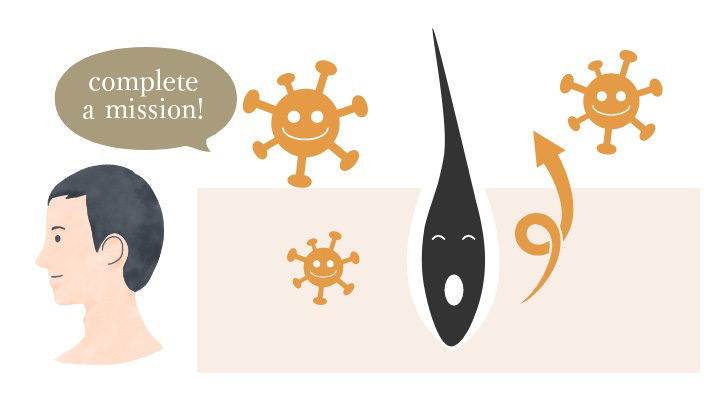 Once the lymphocytes have treated the skin inflammation, they completely forget that they were attacking themselves and return to normal.

Method of treatment for regional immunotherapy

As the first step of treatment, the reagent (SADBE / DPCP) is made to be recognized by the body.

AApply the reagent (SADBE / DPCP) and leave it for 24 hours without rinsing.
If the applied area becomes red and swollen and rashes after 1 to 2 weeks, it is determined that the lymphocytes have recognized the reagent.
This flow is called sensitization.

After confirming that you have been sensitized, proceed to the second stage of treatment.
Determine the concentration of the reagent, dilute it to about 1 / 20,000 at first, and apply it.Apply once every 2 to 3 weeks and see how it works.
By artificially causing a rash, it suppresses the action of lymphocytes that are attacking the hair roots and promotes hair growth.

After deciding the concentration, apply the reagent to the affected area once every 2 to 3 weeks and continue treatment regularly.
After 3 to 4 months, the effect will be seen, and if the hair is growing, the treatment will be continued for a while.
After hair grows, the number of treatments is reduced, but if the effect is poor, other treatments may be combined for treatment.