What is AGA genetic testing?idenshikensa

What is AGA genetic testing

In addition to detecting for latent risk of AGA (male pattern baldness) in the future, a test determines whether the person is receptive (i.e., will it produce effects if ingested) to Propecia (active ingredient: finasteride).

This can be used for preventive treatment of AGA. The test simply requires swabbing the mucous membranes inside your mouth with a cotton swab. The test costs 15,000 JPY. Note that this exam is not mandatory and only for those who elect to take it.

AR genes are genes in which the X chromosome is found; it contributes to receptivity to male hormones and is considered to be one factor contributing to the risk of AGA and susceptibility to finasterides.

AR genes are expressed in repeating sets of three bases, such as C-A-G or G-G-C. 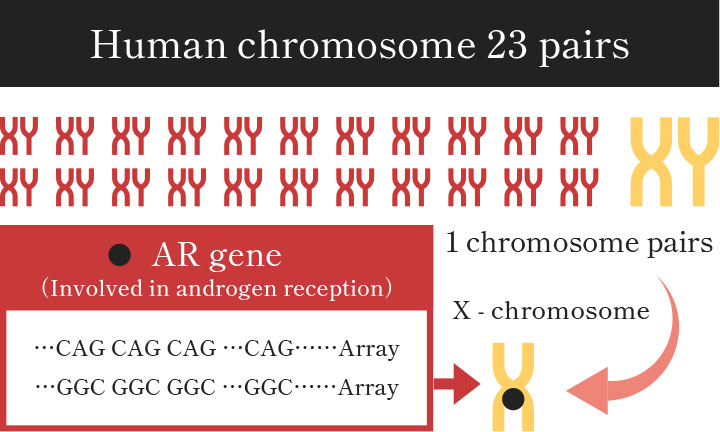 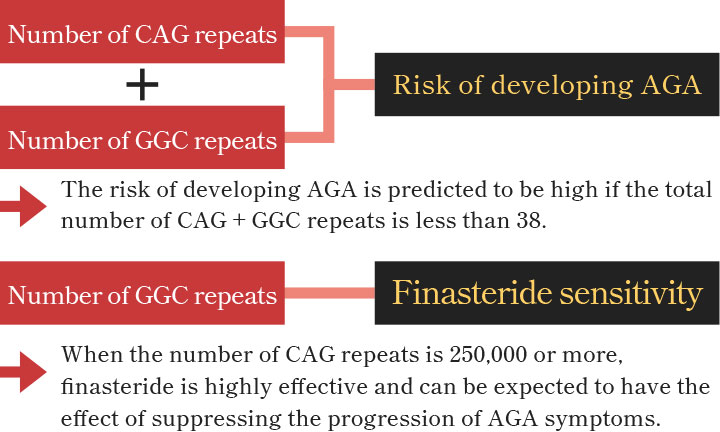