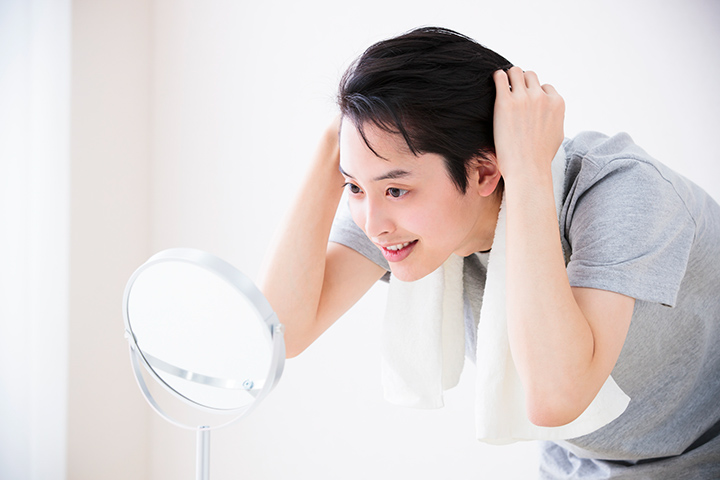 Androgenetic alopecia (AGA) is believed to be caused primarily by male hormones. The term AGA is widely talked about, but the actual symptoms of baldness can vary in severity.

AGA is considered to have hereditary and environmental factors behind it, but there remain many aspects that are still being researched and unclear at this time. One area that has been discovered is that male hormones, in particular dihydrotestosterone, are one factor behind hair loss.

Male hormones play a major factor not only in hair growth in men, but in women, too.

Male hormones play a major factor not only in hair growth in men, but in women, too.

DHT (dihydrotestosterone), considered a “bad” testosterone, is a major factor causing AGA. The conversion to DHT occurs when the male hormone testosterone binds with the enzyme 5-alpha-reductase.

DHT attacks the hair mother cells to obstruct hair growth, causing hair loss. Given that the hormone produces this unintended reversal of hair growth and leads to more hair falling out, it is even called the “hair loss hormone.”

It has been discovered that when the concentration of DHT in the bloodstream is high, AGA develops. Therefore, AGA treatment involves curbing the production of male hormones. 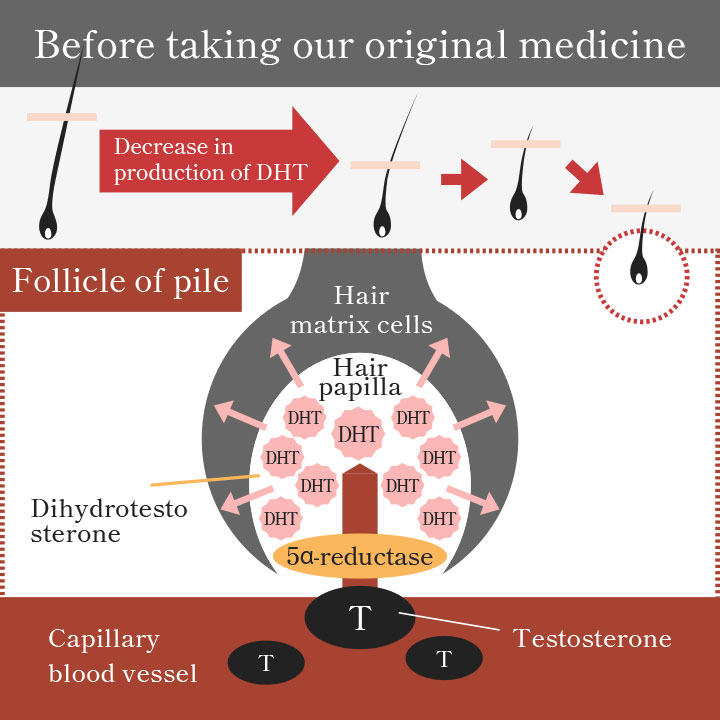 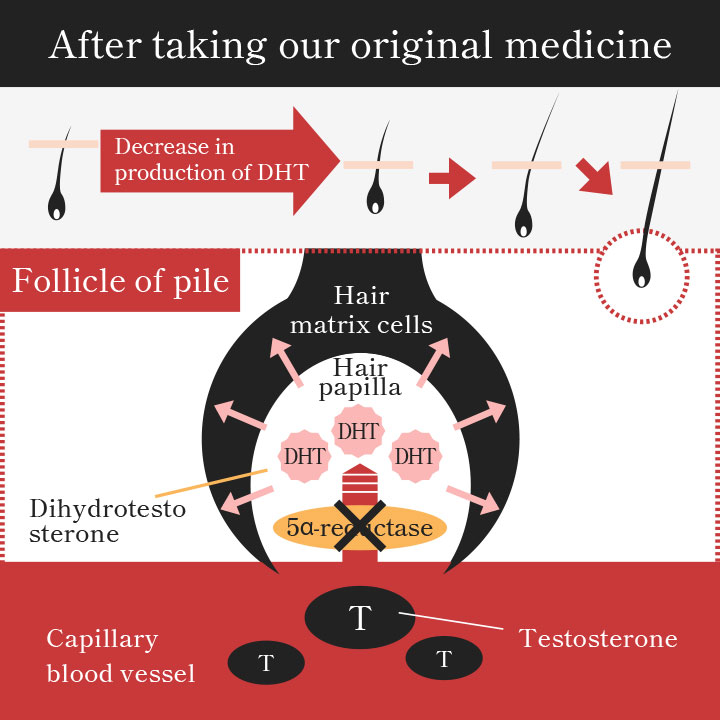 Many researchers believe that there are hereditary implications to hair thinning and loss, with genes inherited from one’s parents contributing to AGA. In other words, when there is someone with thin hair in one’s family, people inherit the tendency towards thin hair.

Many researchers today believe that baldness is hereditary. The genes underlying this are still being researched today, and many aspects remain unclear. However, this gene polymorphism is believed to be implicated in the risk of hair loss. 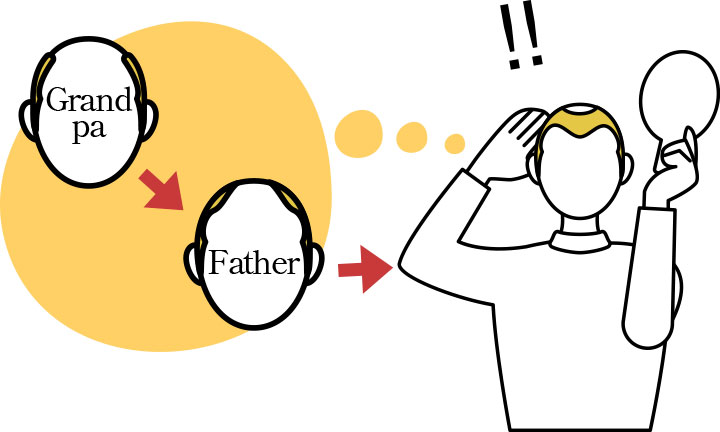 Impaired blood flow in the scalp 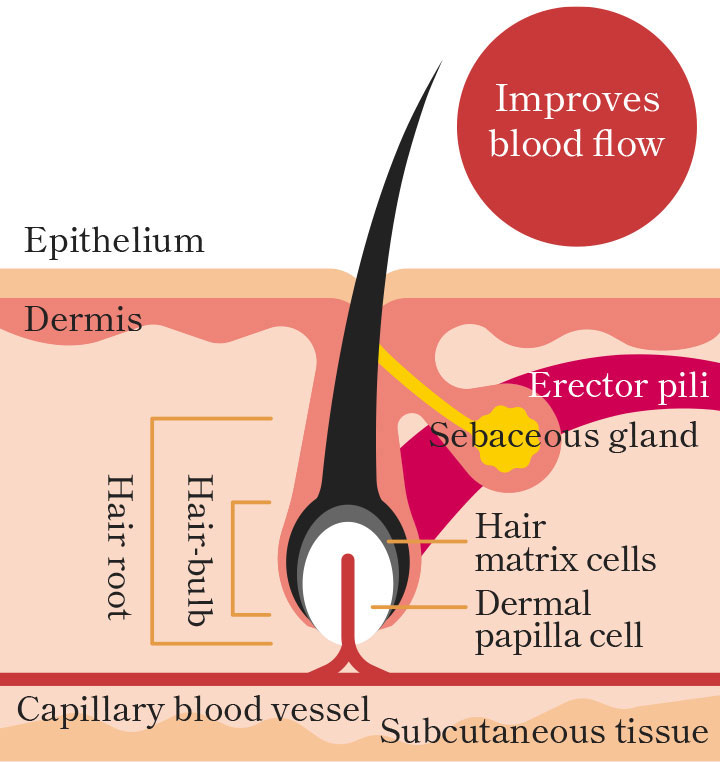 As for where hair is “created,” this occurs in the cell matrix, found in the hair follicles. These matrices are like factories of hair. The cells divide and multiply, creating new hair.

Creating hair requires obtaining nutrients from the blood flowing through the capillaries.

However, when circulation in the scalp is impaired, nutrients are not properly obtained, and energy is not conveyed to the hair matrocytes.

It is as if the lights have gone out at the factory, and hair cannot be produced. 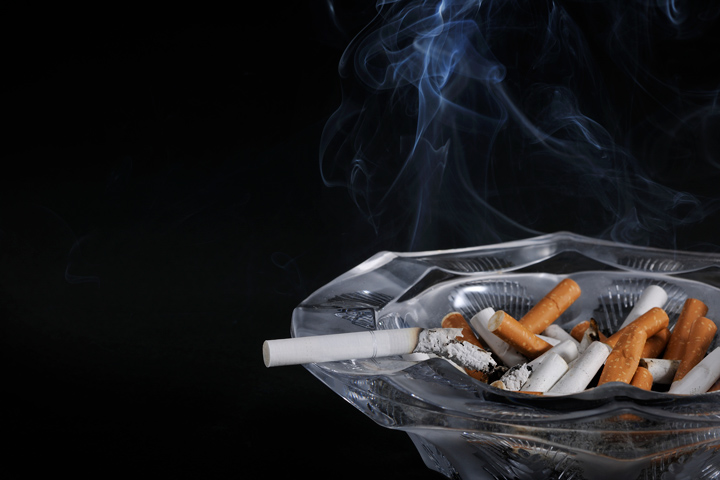 Smoking is one major cause of hair thinning and loss. Nutrients conveyed from the capillaries are a key contributor to hair growth. Smoking constricts the blood vessels, which worsens blood flow in the scalp. When this continues, the capillaries harden and the blood flow worsens. This unquestionably leads to hair loss and thinning. 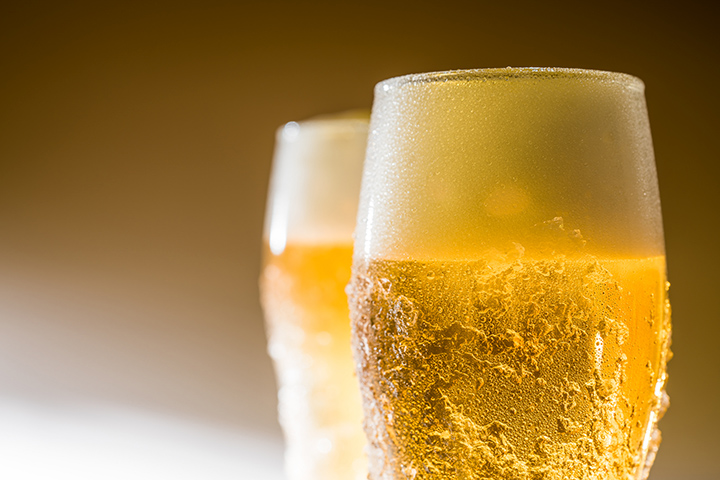 Moderate intake of alcohol improves the circulation and does not pose a problem. However, excess intake of alcohol will worsen the blood flow and is believed to lead to thin hair. Increased alcohol consumption also disturbs one’s lifestyle patterns. Skipping bathing before bed makes the scalp unclean, which can lead to hair thinning. 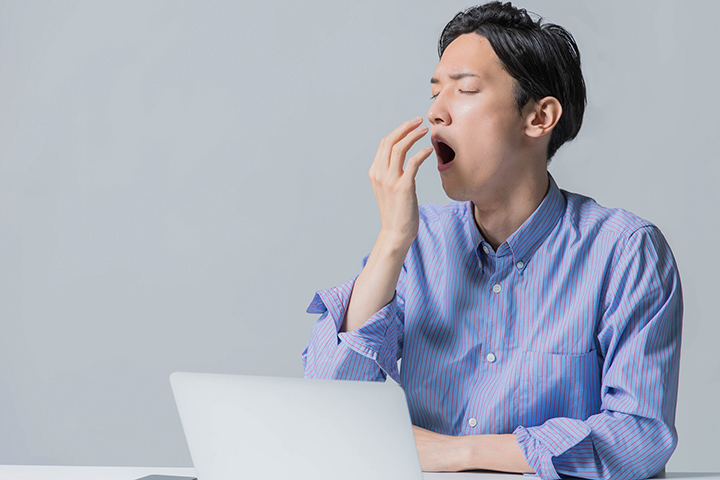 Damage sustained by the hair during the day is repaired while we sleep. When sleeping hours are reduced, the damage is not properly repaired. As it turns out, 10:00 AM to 4:00 AM is when the hair grows most. Being awake at this time causes the blood flow to be used for other purposes, robbing the follicles of the nutrients they need. 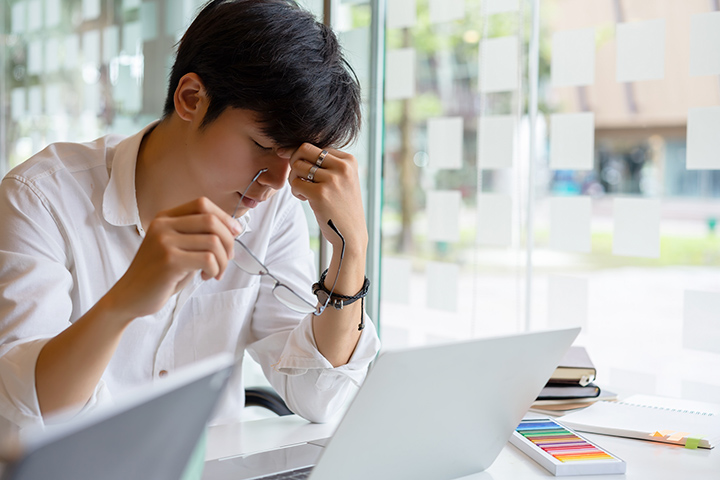 Stress can also cause hair loss. This applies both to everyday stress and to aggravated stress from seeing fallen hairs and panicking about hair thinning, which might only spur its onset.

While we talk about various causes of hair thinning, the causes vary from person to person. Therefore, there is no medication or means that will work the same for everyone.

The appropriate method of treatment varies greatly from person to person. In order to conduct the right treatment, it is important to get a diagnosis from a professional.

While some people may be hesitant about going to a hair growth clinic, it needs to be said that people suffering from AGA (male pattern baldness) number 12.6M in Japan alone.

Changing lifestyle patterns are also shifting hair thinning downwards to appear in younger generations. Today, it is not unusual for people in their 20s to require treatment for thinning hair. Do not leave your worries unattended to. The sooner you pursue appropriate treatment, the quicker you will see improvements in your condition.